VP Immigration > Blog > Advisories and Policies: Bars to re-admission to the U.S. 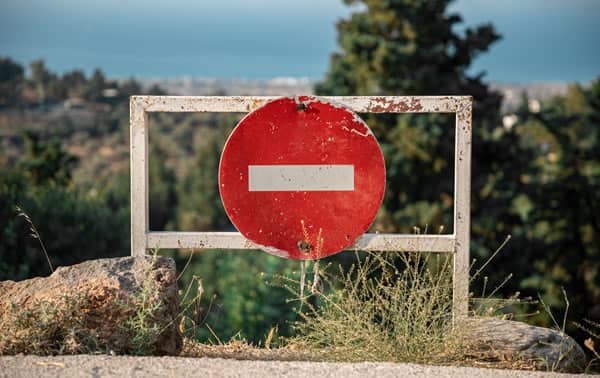 The 3- and 10-year bars were created as part of the Illegal Immigration Reform and Immigrant Responsibility Act (IIRAIRA) of 1996. Under section 212(a)(9)(B) of the Immigration and Nationality Act (INA), the statute imposes re-entry bars on immigrants who accrue “unlawful presence” in the United States and subsequently depart. The bar takes effect when they try to re-enter lawfully.

“Unlawful presence” is generally any period of time you are present in the United States after your I-94 card has expired and you do not have an application pending or granted to extend your status (governed by the I-94 card). It also applies to the entire time you are present when you entered without inspection (EWI).

Also, unless you are the immediate relative spouse or child under 21 of a US citizen you may not adjust your status in the United States if you are out of status. There are narrow exceptions such as someone grandfathered under INA section 245 (i) or someone adjusting based on an employment-based petition who has been out of status no longer that 180 days under INA section 245 (k).

There is the possibility of a 212 (d) (3) waiver for a non- immigrant applicant but most likely they would need to be applying for a visa that allowed for dual intent.

Under the traditional process, an immigrant visa applicant appears for an interview at the U.S. consulate and only after the consular officer determines that the person is inadmissible for unlawful presence, can the visa applicant submit their application for a waiver to USCIS.

Under this scenario, the visa applicant waits outside the United States, separated from his or her family, while the waiver is adjudicated, which takes many months, if not years. This creates a great deal of stress emotionally and financially for families uncertain what the future will hold.

In 2013, the Immigration agency created a new process for “provisional” approval of an unlawful presence waiver from within the United States and then travel abroad for consular processing. Assuming unlawful presence is the only ground of inadmissibility, an applicant granted a provisional waiver could then travel to complete the consular process and receive their immigrant visa in a matter of a couple of weeks. In 2016, eligibility for a provisional waiver was expanded to anyone who would be eligible to apply for a waiver under the INA. In other words, anyone coming through the employment-based immigration system, the diversity visa lottery, the family-based immigration system, or any other immigrant classification may be eligible for a provisional waiver as long as they can demonstrate “extreme hardship” to a U.S. citizen or LPR spouse or parent.

Eligibility is also extended to certain individuals with final orders of removal, deportation, or exclusion, and clarifies that individuals who are “subject to” reinstatement of removal, but have not yet received notice, may apply for a provisional waiver, though they must obtain an I-212 permission to re-apply first.

An additional caveat is where the individual was deported in their absence, these individuals are usually not exempt for a mandatory 5-year bar to apply for a visa. In these cases, the best course of action may be to attempt to reopen their immigration court cases and dispel with the final order.

Getting a provisional waiver does not guarantee that the individual will be issued a visa and be allowed to legally re-enter the United States. Individuals can still be found inadmissible for other reasons, such as for alien smuggling. In these cases, the provisional waiver approval would be revoked, and a traditional waiver would have to be submitted.

The legislation that created the 3- and 10-year bars has resulted in the millions of undocumented individuals who have determined they cannot leave.

We strongly recommend that you consult with our office if you have, or may be subject to, a bar to re-admission to the United States. Please call our Board Certified immigration attorneys in Orlando during office hours at 407.674.6968 to schedule a consultation. If you have an emergency after office hours please call us at (407) 925-2554 and we will contact you shortly. You may also send us an email at info@VPImmigration.com and we will get in touch with you soon.