U.S. Citizens and Lawful Permanent Residents (LPR) can petition for their spouse to obtain permanent residency, i.e. a green card. However, the process for the spouse of an LPR falls under a preference category as opposed to the “immediate relative” classification for the spouse of a U.S. citizen. Therefore, the LPR spouse may wait years for visa availability depending on demand. Visa availability is determined by the Department of State which publishes a monthly visa bulletin to advise on visa availability. See “Family Petition”.

In all instances, the petitioner will need to file an affidavit of support.

One can also apply for a green card through marriage to a United States citizen while present in the United States, whether in lawful status or not. While the Immigration Service will forgive the unlawful presence of the foreign spouse, they will not allow the adjustment of status of a foreign spouse who entered without inspection (EWI) to adjust his or her status, unless they qualify under section 245(i) of the INA. Also, several provisions have been put in place to allow the reunification of families who may be separated by the foreign spouse’s ineligibility to adjust status due to EWI, for example. (See Provisional Waivers).

If the petitioning spouse is an LPR, then the foreign national may still apply for adjustment of status, if they have maintained lawful immigration status until the filing, and a visa is available.

Unlike the Immigrant visa process, the adjustment of status process for an immediate relative consists of one step only, which is the filing of the petition for alien relative by the U.S. citizen spouse along with the adjustment of status. Once all documentation has been properly filed and in process, the couple will be scheduled for an interview at the immigration field office closest to the applicant’s residence.

When the spouses have been married for less than 2 years on the date of the grant of adjustment of status, the Green Card is is a 2-year conditional resident status. When the marriage has lasted at least 2 years at the time of approval, the permanent residence is granted without conditions for 10 years. The same rules would apply to step-children of the US citizen petitioner.

Conditional residents must file a removal of conditions application. This is usually done during the 90 day window prior to the green card expiration but there are some exceptions.

The K-3 visa process starts with the United States Citizenship and Immigration Services in the United States by filing the appropriate petitions. Once the I-129F petition is approved some months later, the file is transferred to the National Visa Center for processing and then to the consulate with jurisdiction over the country of the foreign spouse’s residence. Note that it is frequent that the I-130 Petition, required to be filed concurrently with the I-129F petition, gets approved prior to the I-129F petition. The case will then be changed to an Immigrant visa process (below) instead of a K-3 visa process. For this reason, our law firm may discourage individuals from this process and instead opt for the filing of an immigrant visa.

If the K-3visa were to be pursued, the following requirements must to be met:

When granted, the K-3 visa allows the spouse to enter the U.S and further apply for his/her green card while on American soil, that is, file to adjust his/her status to become a Legal Permanent Resident within a reasonable time after he/she enters the U.S. on a K-3 visa.

The child of a K-3 visa holder can be granted a K-4 visa if he/she is under 21 years of age (and under the age of 18 at the time of marriage for a future step-child petition), otherwise a separate petition will have to be filed for the child: see immigration through a relative.

Work authorizations can be issued to the K-3 and K-4 visa holders prior to the application for adjustment of status to permanent resident.

Note: Due to considerations surrounding processing times, the K-3 may not be the best option.

With the process for the IR-1 or CR-1 visa, the foreign spouse will have to apply for permanent residence from abroad, through the U.S. Consulate with jurisdiction over his/her country of residence.

Unlike the adjustment of status, the immigrant visa process requires that the foreign national requires two distinct steps. The first step consists of the filing of a Petition for Alien Relative with United States Citizenship and Immigration Services (USCIS). Once approved, the file is transferred to the National Visa Center (NVC) for further processing. The second step consists of providing all necessary documentation and fees to the NVC which then forwards the file to the appropriate U.S. Consulate for an immigrant visa interview. In some instances where the petitioner is residing abroad, the immigrant petition may be filed directly with the U.S. consulate.

Once the petition is approved and a visa is available, additional criterion must be demonstrated. The petitioning spouse must prove U.S. domicile as well as financial ability to support the foreign national through the filing of an affidavit of support and evidence of U.S. income or savings exceeding the poverty guidelines. Public charge is a ground of inadmissibility and despite the petitioner meeting the income requirements, the consular officer has discretion in this determination and may take other factors into consideration beyond the income of the petitioner. If the petitioner’s income is not sufficient, a joint sponsor may be needed to file another affidavit of support in addition to the petitioner’s filing.

A successful Immigrant IR-1 visa or CR-1 visa case will require the following:

When granted, the immigrant visa holder is admitted in the U.S. as a lawful permanent resident.

The date that the immigrant arrives in the USA is what determines whether a 2 or 10-year card will be granted. When the spouses have been married for less than 2 years on the date of the foreign spouse’s admission into the United States, the green card will be issued on a conditional basis. When the spouses have been married longer than 2 years on that date, the permanent residence is granted on a permanent basis.

The U.S Citizen must file a separate petition for each family member, whereas an LPR can include the foreign spouse’s unmarried children under 21 years old in the same petition. Step-children can also be included if they were under the age of 18 at the time of marriage.

If you would like to obtain a Green Card for your spouse different options may be available depending on where she/he lives and her/his immigration status. Contact us today! Immigration attorneys Suzanne Vazquez and Maud Poudat are certified as experts in Immigration and Nationality Law by the Florida Bar. We have helped many clients in the past getting their green cards through marriage and would love to help you too. You may contact us (407) 674-6968 during office hours. If you have an emergency after office hours please call us at 407.674.6968 and we will contact you shortly. You may also fill in our online form or send us an e-mail at info@VPImmigration.com and we will get back to you as soon as possible. 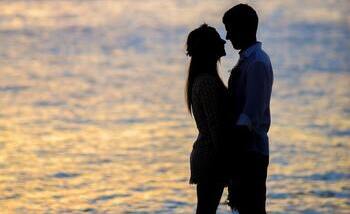 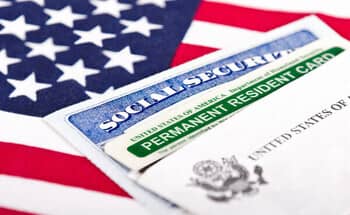