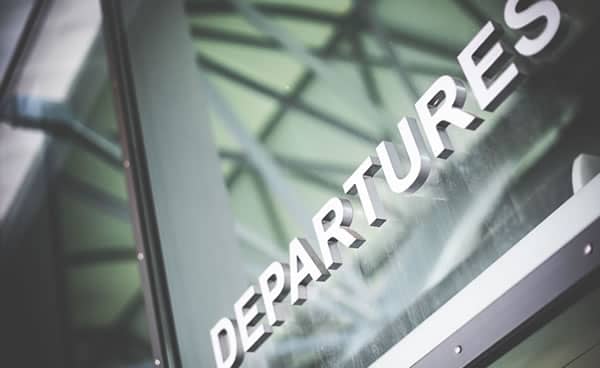 Since the inauguration of President Donald Trump, there has been increased controversy about “expedited removal,” the process by which the Department of Homeland Security (“DHS”) can remove, or in other words, deport you from the United States without allowing you to see an Immigration Judge.

Generally, expedited removal only affects certain groups of people, including:

*Individuals in very specific situations, such as when they have committed fraud or falsely claimed to be US citizens, can also be put in expedited removal proceedings.

Being ordered removed through expedited removal has a harsh consequence because after you are deported through this process there is an automatic 5-year bar before you can apply for permission to re-enter the United States, including any visa petitions. The only way to avoid the 5-year bar once you have attempted entry is to request permission to withdraw your application for admission. This can be difficult to do as it requires DHS engage in prosecutorial discretion. Individuals in expedited removal proceedings are not eligible for voluntary departure.

The expedited removal process can be frightening because it is often initiated quickly at the northern or southern border or after arriving at a port of entry and are in deferred inspection. In either situation it can be very difficult, if not impossible, to access family, friends, or an attorney.

The only way for an individual who is detained after encountering an immigration officer and is put in expedited removal to see an immigration judge is to demonstrate to an asylum officer that they have a “credible fear” of persecution. To have a credible fear means that the person fears a particular type of harm recognized by the US government as “persecution” in their home country because of a recognized asylum ground. If a person is found to have a credible fear, he or she is permitted to apply for asylum before an Immigration Judge. However, they are only eligible for asylum not other types of relief from removal. Individuals in credible fear proceedings remain detained during their immigration court proceedings, unless they are released on parole.

If the asylum officer finds that the person does not have a “credible fear,” that person is deported without seeing an Immigration Judge or having any right to appeal the order of removal. This is an important difference because if you go through regular removal proceedings, you have the right to appeal the denial of their immigration case to the Board of Immigration Appeals or a federal court of appeals.

In January 2017, President Trump ordered the expansion of expedited removal, however DHS has not yet published guidelines for such an expansion. It has been rumored that DHS is considering expanding the policy of expedited removal to include more categories of people so that more deportations can occur quickly rather than giving people access to an Immigration Judge in regular removal proceedings. These proposed changes appear to aim at making it easier for DHS to at least deport individuals who have only been in the US for a short period of time. While there has not been a finalized rule expanding expedited removal in this way, the Trump Administration’s “zero tolerance” policy has already led to an increase in individuals being put in expedited removal proceedings because of the increased immigration enforcement.

In combination with the Trump Administration’s “zero tolerance” policy at the border, the expansion of expedited removal poses a significant risk to undocumented individuals in the United States. Given the uncertainty surrounding a potential expansion of this policy, you can be proactive by obtaining a consultation with our office to understand your immigration status, any relief from removal that you have available, and your rights if you speak with an immigration officer or end up in deferred inspection unexpectedly. This is particularly important to do before any such expansion of expedited removal so that you and your family have all of your documents in order to avoid immigration detention and expedited removal proceedings, if possible.  We encourage you to call our office today at 407.674.6968 to schedule a consultation with one of our immigration attorneys, Suzanne Vazquez and Maud Poudat. Both Suzanne and Maud are certified as experts in Immigration and Nationality Law by the Florida Bar. You may also send us an email at info@VPImmigration.com or fill out the online form located at the top of this page and we will contact you shortly.