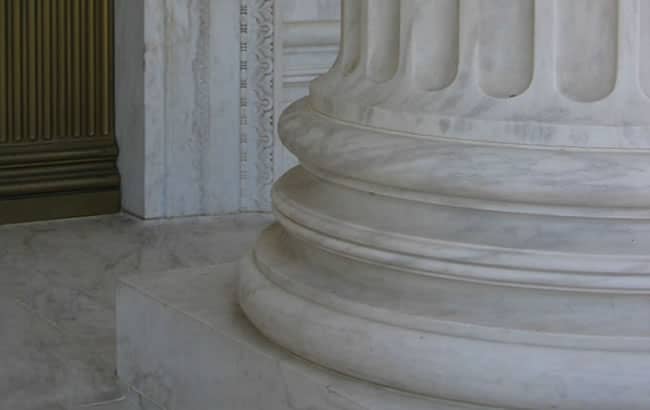 If the immigration authorities at USCIS misapply the law in denying your immigration case, our firm can bring an action in Federal District Court to challenge the denial of your immigration application. This is done by seeking judicial review under a US law called the Administrative Procedure Act (APA), a federal statute that regulates federal agency actions in multiple ways.

The APA states that a person who is suffering a legal wrong because of agency action, or who is adversely affected by agency actions within the meaning of a relevant statute, is entitled to judicial review.

Often times, you would bring such action to the district court after the AAO (Administrative Appeals Unit) has already dismissed your appeal following USCIS’ denial of your petition, such as H-1B or I-130. However, it is not always necessary to appeal to the AAO first and you may bypass the agency appeal by filing a lawsuit straight away with the district court which has jurisdiction over your case.

For example, you may bring an AAO action if USCIS has denied a visa petition based upon the improper application of a regulation, or when the AAO made findings that were not based on evidence in the record and ignored contrary evidence that is in the record, our firm can challenge that denial by filing a lawsuit under the APA.

There are certain instances where an APA action is precluded. For instance, if another statute specifically precludes judicial review. Such is the case for discretionary waivers (212(h) and 212(i)(2)); discretionary decisions in both the removal and non-removal context; or where a petition for review in court of appeals is the sole and exclusive means of review of a final order of removal. Moreover, there are instances where exhaustion of administrative remedies is required before a suit can be brought under the APA. However, you can only be required to exhaust administrative remedies, like file an appeal, if it is mandated by either a statute or a regulation. Finally, there must be a final agency action for which there is no other adequate remedy in a court for it to be subject to review under the APA.

If you are concerned that USCIS made a legal error in denying an immigration application that you filed, we encourage you to come consult with our expert attorneys, Suzanne Vazquez and Maud Poudat, to learn about your options to appeal.