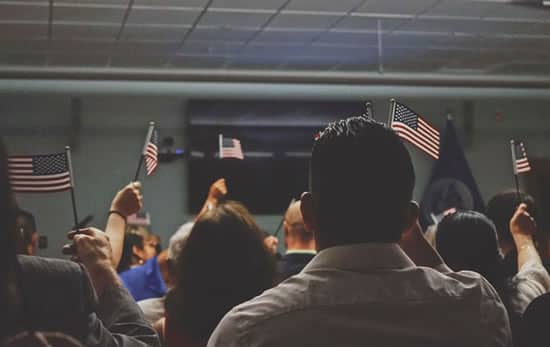 Naturalization: How To Become a Citizen Of The United States?

You must meet certain requirements before you may file form N-400, Application for Naturalization. Consult with us prior to filing your N-400 to make sure you are eligible and that you do not have any issues such as abandonment or in establishing good moral character.

A lawful permanent resident after residing in the United States for a period, may apply to become a naturalized U.S. citizen after meeting all the requirements under the law. Because of increasing government’s scrutiny of individuals’ previous immigration applications, the naturalization process has surprised some unsuspecting applicants with a notice to appear for a deportation hearing instead of an appointment to take the oath of citizenship.

Thus, the decision to apply for naturalization should not be taken lightly as on one hand, a grant of U.S. citizenship carries new obligations and responsibilities, and on the other hand, one can also lose lawful permanent residency status and be removed from the United States.

If you have ever been arrested, convicted or even have a lot of speeding tickets you should consult with a lawyer before you file. Sometimes you may have done something bad or wrong but may still be able to become a U.S. citizen. Don’t guess. The stakes are too high.

What Are The Requirements For Naturalization?

To be eligible for naturalization, you must:

You can also apply for naturalization under different periods of time as a permanent resident if you:

Under these circumstances, the physical presence, continuous residence and good moral character requirements may be waived or are less stringent.

The N-400 application form will be filed with USCIS. Upon acceptance of the application, one will have their biometrics taken (fingerprints and photo) so that a background check can be run.  After the case has been processed and background check complete, the applicant will receive an appointment to attend an interview at their local immigration field office. The immigration officer will conduct a test. The applicant must take an English test (unless he or she qualifies for a Waiver) and a Civics test (unless he or she qualifies for Medical Disability Exception).

The English test aims to verify that the intending Citizen can read, write, and speak English. The Civics portion tests basics of the Constitution, Government and American history.

Finally, after passing the English and Civics tests, to complete the process, the applicant must take the Oath of Allegiance.

The principles embodied in the Oath are codified in Section 337(a) in the Immigration and Nationality Act (INA), which provides that all applicants shall take an oath that incorporates the substance of the following:

The Naturalization process is complex, and an error in your application can result in lengthy delays or even get your petition denied. Both Suzanne Vazquez and Maud Poudat are certified as experts in Immigration and Nationality Law by the Florida Bar. An applicant may be represented by a naturalization attorney during this process who may be present during the immigration officer’s interview of the applicant. We have helped many clients in the past and would be honored to help you too. We are conveniently located in Orlando, in the heart of Central Florida. Do not take any risks! Call us today at 407.674.6968 or fill out the online form provided on this page and we will get back to you shortly.