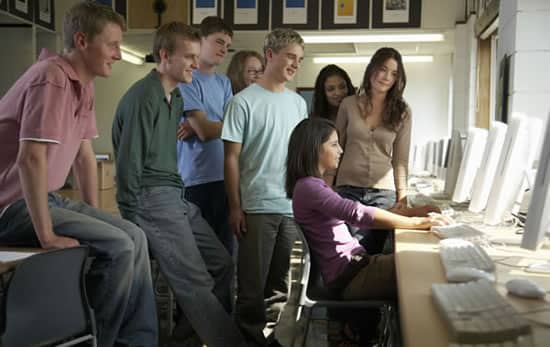 Employment immigration is a vast area of immigration law. Although one can be granted an Immigrant Visa through self-sponsorship, in most instances, a foreign worker will need to be sponsored by a U.S. company. The representative of the U.S. company will have to petition on the foreign worker’s behalf before hiring the individual, whether or not the foreign national resides abroad. Also, in certain cases, permanent residence can be granted to a non-immigrant visa holder upon sponsorship by a U.S. company, pursuant to the dual intent doctrine. Our Orlando employment based visa lawyers are certified as experts in Immigration and Nationality Law by the Florida Bar and can assist you in applying for this type of visa.

A. Employment Immigration Through Employer Sponsorship

In most cases, a foreign worker will need to be sponsored by a U.S. company, meaning that the representative of the U.S. company will petition on the foreign worker’s behalf before hiring the individual, and obtain a Labor Certification with the Department of Labor (except in instances when the requirements of the National Interest Waiver are met).

B. Employment Immigration Through Self-Sponsorship

The First-preference EB-1 Visa is an Immigrant Visa granted to professionals with Extraordinary Abilities without sponsorship from a U.S. employer.

This classification is for people who are recognized as being one of the best in their field: the individuals who are able to demonstrate Extraordinary Ability in the sciences, arts, education, business, or athletics can obtain an EB-1 Immigrant Visa, which is equivalent to the green card.

To meet the Extraordinary Ability requirement, the Petitioner will have to demonstrate his or her achievement in his or her specialty through extensive documentation and proofs of recognition.

One will have to demonstrate that he or she has received a major internationally recognized award, similar to a Nobel Prize or that he or she meets at least three of the following requirements:

C. Petition for a Non-Immigrant Visa holder: The Concept of Dual Intent

In some cases, the lawful permanent residence, i.e. green card, can be granted even if the foreign national holds a non-immigrant status.

The dual intent doctrine is a legal U.S. immigration concept pursuant to which certain non-immigrant visas holders are allowed to pursue permanent residence, i.e. green card. The dual intent doctrine is an exception to the general ground of inadmissibility for non-immigrant visas, according to which a visa can be terminated or refused if the foreign applicant is proven to have immigrant intent upon entering the U.S.

Other visas allow somewhat for dual intent such as the treaty trader or investor visa (E1/E2). Regulations provide that an application for initial admission, change of status, or extension of stay in E classification may not be denied solely on the basis of an approved request for permanent labor certification or a filed or approved immigrant visa preference petition. However, E visa applicants must prove that they have an intention to depart the United States upon termination of their E status, and not stay in the United States to adjust status or otherwise remain in the United States regardless of legality of status.

Two distinct processes can be used by the U.S. company seeking to hire a foreign worker under one of the Employment immigration category listed above: the Consular processing, and the Adjustment of Status.

If the future employee resides outside the US when the petition is filed, this person will go through the Consular processing, which consists of following two steps:

If the future employee is already in the US, the employee can sometimes be eligible to file for an Adjustment of Status through the already approved or filed Immigrant petition for Alien Worker, depending on visa availability. In this case, once the Petition for Alien Worker is approved and a visa number is available, one can apply to Register Permanent Residence or Adjust Status, to become a permanent resident. The adjustment of status for foreign worker will not be granted to individuals who are not maintaining legal status unless they fall under the exception allowed under section 245(k) of the Immigration and Nationality Act (less than 6 months of unlawful presence).

Contact the Work Visa Lawyers from Vazquez & Poudat in Orlando

Feel free to contact our Immigration Law Firm to determine if you qualify under the above described categories and what steps are necessary to apply for Permanent Residency, commonly called "Green Card", under your circumstances. If you want to apply for an employment based immigrant visa call us during office hours at 407.674.6968. If you have an emergency after office hours please call us at (407) 925-2554 and we will contact you shortly. If you would like to reach us through email please send us your request at info@VPImmigrationy.com and we will get back to you as soon as possible.