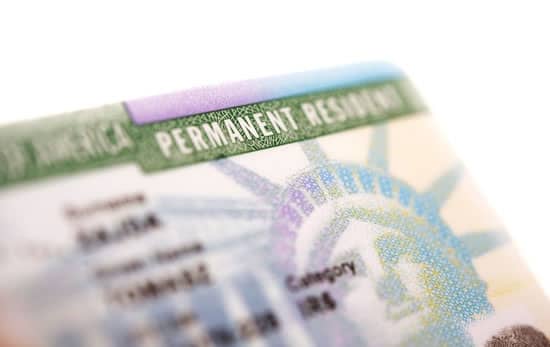 Lawful Permanent Residents (LPR’s) risk losing their LPR status when they are absent from the United States for extended periods of time and/or take certain actions while abroad. While abandonment does not present a threat to most LPR’s returning from short-term travels outside the United States, this becomes an issue when the trip that the individual has taken was longer than six months. As a result, the LPR becomes subject to a Customs and Border Protection (CBP) officer’s scrutiny. If CBP believes that abandonment has occurred, they may suggest or insist that the LPR signs a form I-407 and voluntarily surrenders their lawful permanent resident status. Alternatively, the LPR may be admitted pending removal proceedings where an Immigration Judge will determine the outcome. Insist on removal proceedings in lieu of voluntarily surrendering your residence if you don’t want to lose your residence and can substantiate that you never intended to abandon it.

How would I know if I have abandoned my residence?

When determining whether abandonment of lawful permanent residence has occurred, the time spent abroad is not the sole determining factor. The intent of the individual is the essence of the analysis. A temporary visit abroad has been interpreted by courts to mean that (1) “it is for a relatively short period or that (2) the visit will terminate upon the occurrence of an event that has a reasonable possibility of occurring within a relatively short period of time. If the latter is the case, then the visit would be considered a temporary visit abroad only if the alien has a continuous, uninterrupted intention to return to the United States during the visit. There are additional factors that the court would look at when determining if an alien had the continuous, uninterrupted intention to return to the United States, such as family ties, property owned in the United States, business ties, length of time the individual lived in the U.S. as a lawful permanent resident prior to their trip, as well as the individual’s ties with the foreign country. The courts have stated that the totality of the circumstances must be taken into account.

If placed in removal proceedings, the burden of proof is on the Department of Homeland Security (DHS) to prove that the LPR is not entitled to that status by clear, unequivocal, and convincing evidence. This means that it is DHS that has to prove that the LPR abandoned their lawful permanent resident status.

Inspection by Customs and Border Patrol

As explained above, at the time the LPR returns from the temporary visit abroad, he or she will be inspected by a CBP officer at the port of entry. Usually, if the duration of travel was for less than 6 months, there is an assumption that LPR status has not been abandoned and the LPR would only be asked routine questions. If the trip lasted over 6 months, then there would be a “rebuttable presumption” that the LPR has abandoned their status. The LPR may be sent to secondary inspection where he or she will be questioned as to the circumstances surrounding the absence. If the travel is for more than one year, there is an assumption that the LPR status has been abandoned and there is an even higher probability of being sent to secondary inspection. If the CBP officer believes that the LPR has abandoned his or her status, the LPR may be asked to sign form I-407 stating that the individual has abandoned LPR status. The LPR should also be offered the opportunity to go in front of an immigration judge.

What should I do if a CBP officer asks me to voluntarily surrender my residence by signing form I-407?

Considering that by signing form I-407 an individual voluntarily abandons his or her lawful permanent resident status, it is best to carefully consider this choice. CBP, contrary to Immigration Judges, look at the amount of time spent outside the United States. Legally speaking however, that is only part of the relevant inquiry, so choosing to see an Immigration Judge is a more advisable alternative assuming the LPR has never had the intention to abandon their status. Suzanne E. Vazquez, PA just won a case where the LPR had been absent 3 years. This is because Immigration Judges examine the intent, and not just the duration of the absence. That fact, coupled with DHS having the burden of proof, makes fighting these cases with positive outcomes possible. Oftentimes, your attorney can present your case to the DHS attorney and resolve certain issues before you present your case to the Immigration Judge. We regularly engage in this practice and find it advantageous.

When have the courts found that an LPR DID ABANDON their status?

In the case Chavez-Ramirez v. INS, the court concluded that the individual had abandoned her status when she left the United States to take care of her mother, but after her mother no longer needed her care, she married and stayed in her home country for an extended period of time and did not harbor a continuous, uninterrupted, intention to return to the United States. Chavez-Ramirez v. Immigration & Naturalization Serv., 792 F.2d 932 (9th Cir. 1986).

When have the courts found an LPR DID NOT ABANDON permanent residence status?

In Hana v. Gonzales, the Sixth Circuit Court of Appeals found that, while Hana did not possess a family, property or job in the United States, she still had an intent to return to the United States upon the approval of her family member’s immigrant visa petitions, which she had filed when she first obtained lawful permanent resident status. Hana v. Gonzales, 157 F. App'x 880 (6th Cir. 2005). The Court’s decision was influenced by Hana’s decision to remain in the country abroad with her family to ensure their safety in a country with an extreme regime in addition to taking care of her terminally ill mother-in-law.

Can a Re-Entry Permit prevent abandonment?

A reentry permit is a document that “allows a permanent resident to apply for admission to the United States upon return from abroad during the period of the permit’s validity” 8 C.F.R. § 223.1(a). A Re-Entry Permit is a document that substantiates that you are leaving temporarily, but that it is your intention to return after your absence. An LPR holding an unexpired Re-Entry permit shall not be considered to have abandoned LPR status solely based on the duration of their absence. A CBP officer may not question the duration of your travels but may inquire about your activities abroad, questioning aspects such as your intentions to establish permanent residence abroad or abandon your LPR status in the United States. Nonetheless, a re-entry permit is valuable for an LPR who is traveling abroad for an extended period of time. It does not guarantee that at the time you return that you will not be questioned regarding your intent. However, it greatly reduces the chances of that happening.

How can this affect the path to Naturalization/Citizenship?

Most LPR’s may apply for US citizenship (naturalization) once they have held permanent resident status for (3 or 5 years depending on basis of application). To satisfy the continuous presence requirement for naturalization, an LPR must be residing continuously in the United States and not have any trips outside the United States that lasted more than 6 months. Even when you travel abroad holding a re-entry permit, this will not excuse the interruption of continuous residence needed for citizenship purposes.